AnaSayfa / How Turkey decided to establish its Sovereign Wealth Fund

The Turkish model of SWF will be a mystery in terms of its motives, as we might never know the higher-ups thinking of founding it, and founding it now. However, we can speculate as much as we want, by trying to understand pros and cons, capabilities and responsibilities of the fund. The Turkish SWF, by the country’s financial figures, might be aiming to raise funds rather than using those funds for its companies to boost overall growth of the country. This is not far-fetched considering the Turkish current account and budget deficits, its non-existential commodity resources, i.e. oil, gold etc., or its multi-directional economics unlike the funds of preceding countries’.

The reason stands tall, after deducing all the other possibilities from the funds possible objectives, as the enterprise to finance Turkish balance of payments. One could ask, why the officials would do this now when the Turks have a long history with deficits and ordinary ways of financing it until now. However, the case for Turkish economy has never been the same in the past. The past records, especially before the AKP came into power in 2001, show us that Turkish budget and trade deficits always stem from the government activities and initiatives. This means, the government was the biggest spender, investor, and intermediary of almost all economic activity in Turkey. On the contrary, after 2001, the Turkish government went on a way to privatization of its assets and leveraging the private investors towards a more liberal economy. What it implies is, the economic activity was under control which in turn gives more commanding power over the course of FX rates, current trade deficits, FDIs and portfolio investments; the opposite of today, which a scenario of private enterprises and their risk-return decisions shaping the economy. All the government can do now is to adjust interest rates or to give incentives to those who are willing to do business.

So, what has changed? The new, promising government of AKP has changed, dramatically. What was once the hope of integration to EU, justice and development has taken a path towards solitude in global politics. Increasing tension in the country, elections and referendums one after another, operations within and beyond the border, and overall decreasing stability led Turkey to a point in which the banks hassle to find cheap financing with little collateral. The capital started fleeing the country, because returns were not good enough for the very fundamental risks they bear getting into the country. Central Bank of Republic of Turkey(CBRT), once an independent institution, couldn’t hold out against the pressure of government officials, who believe that the interest rates are the cause of inflation. This fundamentally wrong understanding of economics in Turkey pushed CBRT to decrease interest rates further, while in reality the risk premium of country was gradually increasing to a point where foreign investors believe. And they play a big part in Turkish economics ever since we have to find funds to finance about $200 billion each year, from outside, for the sum of budget and trade deficits. The government cannot happen to find this amount from its citizens, for its citizens’ saving rates are quite poor, and this is not a surprise to those who have basic understanding of economics since marginal propensity to save increases along with the income level of citizens- which are not so high in case of Turkey.

Right in this moment, when banks are not able to find cheap loans outside to support the growth of indigenous investors and when government is not able to pay off its debts due, they have taken this genious step of Turkish SWF. The resemblance is uncanny between this and Duyun-u Umumiye(Ottoman Public Debt Administration), because since there are no inflows to the fund, all it does is collateralizing its assets to get more loans to pay the previous ones. It might also be possible that they securitize these assets like government bonds, to raise big sums of money later to be paid at a desired interest rate, because treasury bills don’t yield anything, after they are adjusted for inflation. The latter calculation does not even consider capital losses from ever-devaluation of Turkish lira, effective both in t-bill market and stock markets of Turkey.

Moreover, the above-mentioned matters are how SWFs can ‘legally’ operate. However, ever since the assets handed over to SWF cannot be accounted and audited by the country’s Sayıştay(Court of Auditors), they can be used for pretty much any reason. Their income can be used to fund elections, bribery, social aid to some people and to spend however the rulers wish to spend it, without anyone knowing about it. For example, in the latest rumours, a few MPs and ex-MPs claimed that Çaykur, now one of the SWF assets,  was given as collateral, in exchange of a loan taken from Qatar. Even though it was immediately refuted, there is no check and balance mechanism to prove it wasn’t.  It doesn’t sound as a long shot given the relationships between government and their Arab fellows.
In conclusion, our guess about Turkish SWF is that it fails to deliver some of its promises such as boosting the GDP growth by 1.5%, and achieve some like providing funds around $20-25 billion in the short-run. Nevertheless, if these funds are to be used in ‘crazy projects’ which have great externalities but close-to-zero cash inflows, it is nothing but inevitable that Turkish SWF loses some shares of its assets. Assets such as 100% of Botaş, 49,12% of Turkish Airlines, 100% of Çaykur, 51,11% of Halkbank, 100% of Ziraat Bankası, 73,6% of Borsa İstanbul, 6,68% of Turk Telekom and many other state-owned enterprises… Enterprises that contribute to treasury’s balance will not be able to do so, will also result in a bigger gap in the treasury. 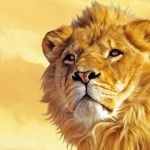